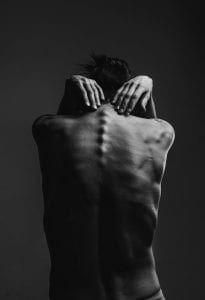 Depression Guide 101:Everything You Need to Know About Depression

Since the term “depression”, is also used to describe an emotion, clinical depression is often dismissed as a mental disorder, and instead treated as a behavioral issue. However, just like heart disease is a physiological condition that requires effective treatment, depression is a mental health condition that must be taken seriously.

Depression is a mood disorder characterized by both psychological and physical symptoms that impact the way a person thinks and feels. The symptoms of depressive disorder can interfere with your daily life, affecting your career, academic performance, relationships, and even cause you to lose interest in things that you once enjoyed.

Like many other types of mental illness, while anyone of any gender, age, race, or nationality can get depression, many factors can increase your likeliness of depressive symptoms.

The following factors can contribute to depression:

People with depression do not always have a specific factor or event that led to their depressive symptoms. They may report feeling depressed for a significant period. Severe depression can also impact individuals of any age. However, on average, young people may be at an increased risk as it is most likely to develop between the late teens to the mid-’20s, with 75% of mental health disorders beginning before age 24,

Some individuals might be at an increased risk of depression. Risk factors include having a family member with depression, experiencing certain events in childhood, exposure to violence or neglect, and individuals with reduced self-esteem and body perception.

How is Depression Difference From Grief/ Bereavement?

Depression is not the same as grief or bereavement. The two are often confused because bereavement is marked with many of the same feelings of intense sadness as depression. It is normal to feel sad from time to time, especially when working through grief.

However, individuals with depression find that those feelings interfere with their daily lives, and they are unable to recover from them. Additionally, depression is often marked with reduced self-esteem, whereas grief is not.

What Are the Types of Depression?

It can also help look at the different types of depression when considering what factors contribute to depressive symptoms.

While different types of depression have many of the same symptoms, the contributing factors and treatment may vary.

What Are the Symptoms of Depression?

The symptoms of depression often include:

It is also important to note that depression can look different in some populations, including children and older adults.

The symptoms of depression in children/ teens might include:

The symptoms of depression in older adults might include:

While symptoms can vary from person to person depending on the population, depression is often marked with frequent feelings of hopelessness and ongoing sadness.

Can Depression Be Cured?

Fortunately, clinical depression can be treated. Depression treatment will often include one, or a few, of the following:

How Can I Treat Depression?

The successful treatment of depression symptoms requires a multi-variant approach. While talk therapy, like mindfulness-based cognitive therapy, is valuable, it is also essential to take care of your body. Exercise releases endorphins, which can improve self-esteem and overall mood. Eating a healthy diet, spending time outdoors, and getting a good night of sleep is also essential.

Many experts recommend avoiding mind-altering substances like alcohol and drugs. Some people have also found success in keeping a journal to track their mood changes better to know what is and is not working. If suicidal thoughtsare present, it is important to have a plan in place to seek help.

It is also important to keep stress under control. Studies show that high amounts of stress and anxiety can increase the symptoms of depression. Some studies even show that depression and anxiety co-occur in as many as 70% of people. Clinical depression has been demonstrated to frequently co-occur with other psychological disorders like obsessive-compulsive disorder and post-traumatic stress disorder (PTSD).

When to See a Doctor for Depression

Depression is a disorder that does not often go away on its own. If you believe that you or a family member is dealing with depression, it is vital to reach out for help immediately. If you or anyone you know is considering suicide, it is essential to take action immediately. You can also find many helpful resources online.

Depression Statistics From Around the World

If you or a family member has ever dealt with the debilitating symptoms of depression or bipolar disorder, you are not alone.

Depression and other depressive disorders, like bipolar disorder, continue to be among the most common mental healthdisorders. By understanding the symptoms of depression and knowing your treatment options, you can take back control of your life. If you are feeling depressed, there is help available.