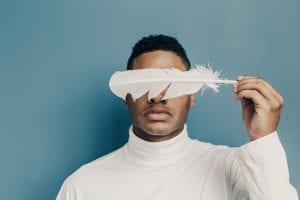 Obsessive Compulsive Disorder is a serious anxiety-related disorder in which the mind ruminates over certain thoughts which can only be alleviated by acting on a certain compulsion. One common example of this is handwashing, as cleanliness is one of the most common themes that people ruminate, and it includes both of the obsessive and compulsive elements of the disorder.

In this case, the thought that your hands are dirty is the obsession. Drive to wash is the compulsion. However, you do not need both obsessive and compulsive elements to qualify for an OCD diagnosis.

The obsessions are persistent urges that are “intrusive and unwanted” and constitute an increase in distress or anxiety. The diagnosis of the disorder is often associated with a specifier – What does the individual think about their obsessions/compulsions.

Do they see their thoughts as simply obsession which are irrational and created by the brain, or are they convinced that they are based on reality? Or something in between?

Many obsessions are hard to write off as simply a trick of the mind. For example, we know that our hands are dirty. They are. Unless you have just prepped for surgery, you have dirty hands. But most of use walk around with dirty hands an even lick our fingers after eating without any negative repercussions.

The issue is how much the obsession occupies your thinking and how emotionally disruptive it is for you.

What Exactly Are Obsessions and Compulsions

OCD or obsessive-compulsive disorder is an issue that affects different people in different ways. Anyone can experience OCD. There are celebrities with OCD, and many reports on the connection between OCD and anxiety online.

The OCD definition, or OCD meaning as its established by medical professionals, comes with a definition of both obsessions and compulsions. Although there are different types of OCD, Obsessive and compulsive actions appear in all cases.

Compulsions in OCD patients are rituals or actions that you feel compelled to act on. These compulsive behaviors help you to feel calm in situations where you would otherwise suffer from the symptoms of OCD like anxiety.

A person with OCD might act out a compulsion several times in a row. For instance, if you have OCD caused by issues with cleanliness, then you might wash your hands several times. You will get a temporary relief from washing your hands, but that’s it.

Compulsions can be either physical or mental acts which people generally feel driven to repeat such as certain body movements or counting. They are often meant to alleviate the anxiety that comes from the ruminating thoughts, but not always, and when they are, the relief never lasts long. The catch is that the more you give in to it, the more the ruminations persist. People who get in the habit of giving in to all of their compulsions end up completely controlled by this disorder.

The world Health Organization lists Obsessive Compulsive Disorder as one of the 10 most debilitating mental health disorders.

Types of OCD: What is OCD Behavior?

Before we can begin to treat OCD, we need to know what kind of condition a patient has. OCD therapy attempts to address the impulsive vs compulsive behaviors of a person. These issues can range all the way from substance abuse, to a tic disorder.

There are washers in the OCD world, such as the patients showing the hand washing signs mentioned above. Some people define OCD as being unable to stop washing their hands due to fear of contamination. There are also checkers that constantly check things that they associate with danger or harm, like making sure an oven is off.

Other forms of compulsive behaviors can also arise from unwanted thoughts. For instance, some people develop an obsessive compulsive personality disorder, where they frequently hoard something, because they’re afraid of what might happen if they throw something away. Treatment for OCD attempts to address these response prevention issues. OCD therapy can include support in the form of therapy, medication, and other strategies for dealing with obsessive thoughts.

It’s important to remember when searching for the right treatment of OCD, is that there are many different kinds of compulsive disorder. Some come with other mental health conditions to consider, like anxiety disorder, or depression and obsession. People co-occurring disorders may need a different kind of behavior therapy or evidence-based treatment.

Some possible symptoms of OCD highlighted by the international OCD foundation include:

OCD is often accompanied with a tick disorder. Ticks are different than small compulsive movements thought it can be hard to differentiate between them, particularly in kids how have trouble describing their motivation behind the movements.

The compulsions are better thought of as complete action which you do deliberately. A person generally notices when they do that. Tics happen due to a sort of misfire in the motor cortex and they happen on their own unless considerable effort is put into resisting them.

Small ticks, such as sniffing, blinking, or flexing a certain muscle groups go unnoticed. Larger, more intrusive ticks such as swearing or thrashing with an appendage can get in the way of a social life.

Obsessions come in many different forms

Last year, a 14-year-old girl was brought to me by her parents because she couldn’t get certain thoughts out of her head. It started with preoccupation with the safety of others and she would routinely check on her mom to make sure everything was ok. At some point her mind pushed this concern for actually hurting people herself, then to persistent thoughts about killing people.

It was completely out of character for her, but it quickly overwhelmed her waking thoughts. Within a couple of weeks of the onset, she could barely pick up a knife to chop vegetables in the kitchen, couldn’t stand to see certain people that her mind had marked as possible victims, and couldn’t go outside and see a patch of grass without her mind considering that it might be a good place to bury a body.

She was on medication, which was not making a noticeable difference. Though these were clearly unwanted thoughts, and she could rationally acknowledge that she didn’t want to kill anyone, she started to define herself by these obsessive/compulsive thoughts.

There were no physical compulsions to accompany these intrusive thoughts. She just felt that her mind had to go that direction. It was interesting, after helping her decrease her symptoms and discontinue treatment to hear about an almost identical as on the first episode of the invisibilia podcast.

I had a young man came to me recently who was struggling with nearly a dozen seizures per day. After going to a neurologist and neuropsychologist, he was told that the seizures anxiety produced.

He reported not feeling very little anxiety, but after asking some questions, it was clear that he had several obsessive tendencies such as clicking his teeth together in a certain way, walking up the stairs in a certain way, and trying to keep the entire house clean to the point of cleaning up after his parents and three siblings.

Though not a typical presentation of OCD, body dysmorphic disorder is an anxiety based problem which is characterized by obsessive concern over one’s looks. In severe cases, people can hardly manage to leave the house or will spend much more than they can afford on plastic surgery which fails to alleviate their symptoms.

Is OCD a Mental Illness?

When you’re looking for treatment for OCD, it’s worth remembering that OCD is a common mental health condition that affects a lot of people. There are lots of people with OCD out there today, including, men, women, and children. However, most of the obsessive actions of OCD start to appear after puberty.

Just like with other tic disorder mental health conditions, it is possible to get therapy and medication to help with OCD. Treatment for obsessive compulsive disorder is only effective after accurately diagnosing the condition. Only a mental health professional like a psychologist can define OCD and choose the right OCD treatment for a patient.

Health care professionals will take various mental health symptoms into account when assessing obsessive compulsive disorder, or OCD. For instance, your mental health professional might examine how much your OCD behaviors affect your life and stop you from doing other things. They might also look at the harm OCD causes you in damaging your relationships or causing you to scrub your hands clean.

If you have OCD and need treatment, then you might spend more than an hour each day on your obsessions and compulsions. Your obsessive thoughts and behaviors will likely take up much of your time and cause you severe anxiety issues.

Michael and Linda Thompson, neurofeedback specialists point out that Obsessive Compulsive Disorder comes from a feedback loop between the anterior Cingulate and the caudate nucleus, both found in the frontal hemisphere of the brain.

Medical professionals and psychologists are still trying to figure out everything that they need to know about obsessive-compulsive disorder. Mental health professionals are examining answers to questions like “Is OCD genetic?” and can a g code calculator help with diagnosis. There is also ongoing research into serotonin reuptake inhibitors and medications that might help with OCD. Selective serotonin reuptake medications are often common in treatment for OCD.

More commonly, however, OCD treatment will start with addressing the compulsions and obsessions that people with this disorder face. It’s important to understand the symptoms of the patient and try to get to the bottom of what causes the obsessive-compulsive disorder.

What are the treatments for OCD?

The cognitive-behavioral therapy consist primarily of identifying the triggers/compulsions, mentally labeling them as not real, or a trick of the mind and then resisting them. It is much easier said than done, and it may seem impossible at first, to some people with severe cases of OCD, but entire books have been written around going through this process. As mentioned earlier, the move you give into a compulsion the more it plagues you.

Medication for OCD is often combined with exposure and response prevention treatment. This involves gradually and carefully exposing someone to the source of their obsession. Cognitive therapy after this exposure can focus on addressing the unwanted thoughts and anxiety that comes from each exposure.

Some relationship OCD issues can also occur when families are attempting to define all OCD behaviors and offer support to loved ones. Because of this, a mental health professional might ask people with OCD if they would like group treatment with members of their family.

Can OCD Go Away?

Whether you’re suffering with the common handwashing signs of OCD or you have a different kind of obsessive-compulsive disorder, it’s important to remember that there is help available. People with OCD can get the treatment they need to overcome obsessive thoughts and behaviors.

With the right therapy and medication, you can overcome your OCD and regain more control over your life without resorting to dangerous measures.